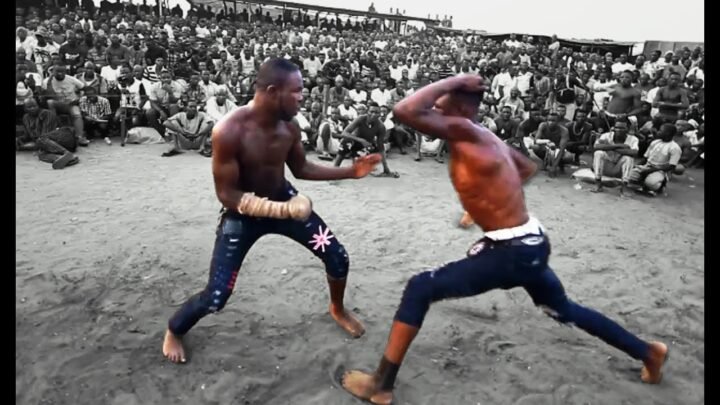 The name “Dambe” derives from the Hausa word for “boxe”, and appears in languages like Bole as Dembe. Dambe is a martial art of the Hausa people from Nigeria. It was also traditionally practiced as a way for men to get ready for war, and many of the techniques and terminology allude to warfare.